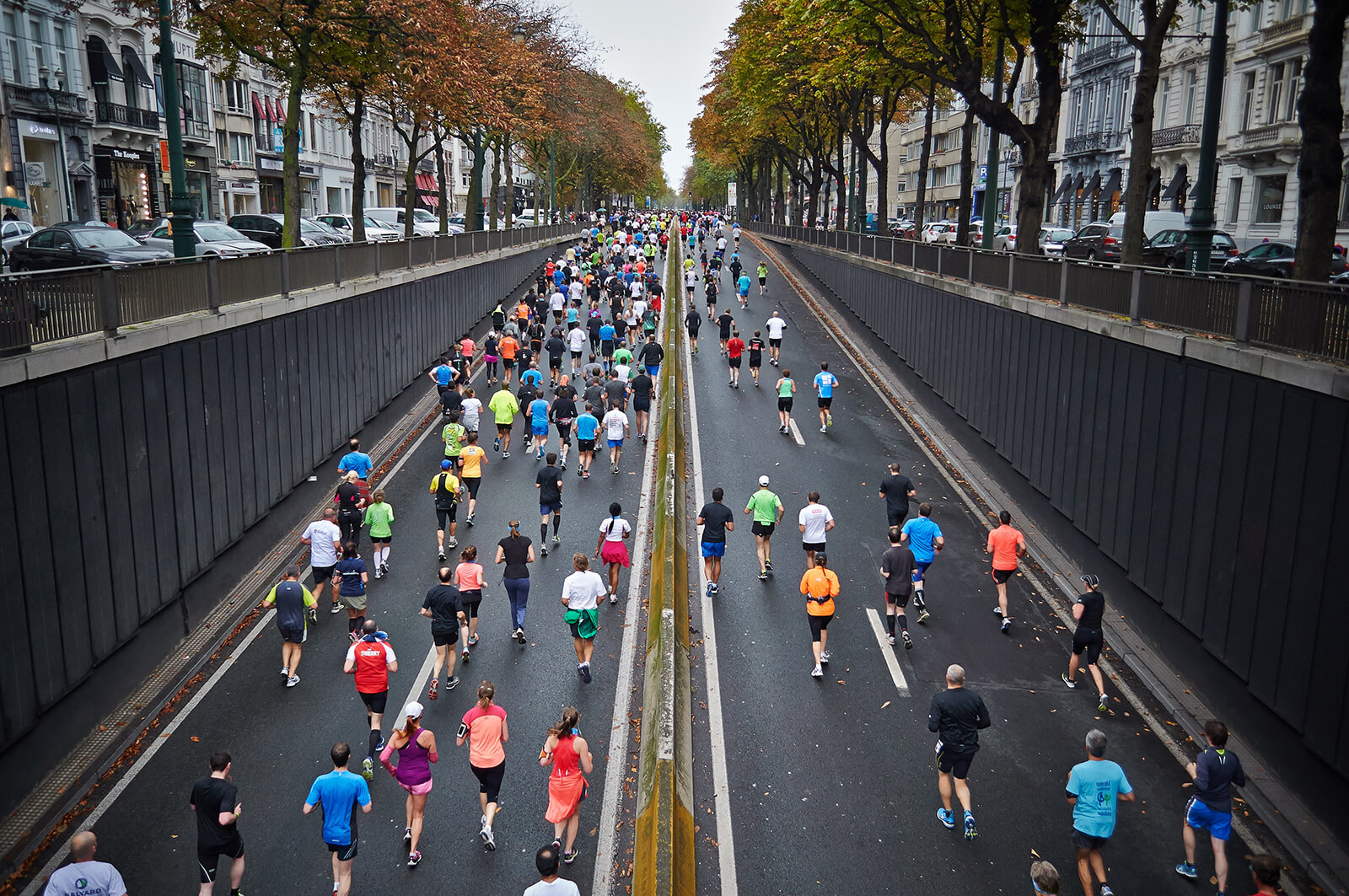 Meet Richard Wheatley, blind comedian and physicist who is taking on the 26.2 mile long London marathon for Look. This is the first in a series of blogs Richard is writing all about his marathon journey.

Since graduating from my Physics degree a couple of years ago I have been on a journey, a long journey that I don’t have space for here but it involves 8 different countries, learning to say thank you in 9 different languages and an uncountable number of moments that can only be described as “the blind literally leading the blind”. All these adventures came from just one simple principle, never say no to an adventure.

One adventure was to go to a nerdy comedy show after which I talked to the comedians. From that I signed up to a comedy course which inspired me to perform my first stand-up gig in October 2017. Friends from that course suggested we take a show to Edinburgh together before they dropped out leaving me the adventure of my first solo show. After a month at the Edinburgh Fringe I knew comedy was my life’s ambition.

I tell you this so that you understand that when an old school friend texted me to ask if I wanted to run the London marathon for Look there was only one answer I could give.

Well, okay, actually there was a thought process:

There’s no way I can run a marathon,

There’s no way I can say no to the opportunity of running the marathon,

It’s a big commitment with all the training,

I am literally walking in to the gym as I read the text so I’m already halfway to the commitment.

As a result, I made the mistake of saying yes and now I am doomed to running in the wind and the rain as I train in January for the April marathon.

On the other hand, there are reasons that this isn’t a mistake, reasons that the charity Look are worth the pain and hard work, reasons that I sincerely hope will make the lives of young blind people better as I inhale rain and feel the puddles seep through my trainers.

A large number of my friends from school are now part of the mentoring program, volunteering to support younger blind students, or working to coordinate networking events that will directly benefit them in ways that are inspiring in themselves. In fact, it’s because Look supports young Blind people and employ young blind people who know young blind people that I am running the marathon. Look is an important part of the development of the VI community.

One difficulty as a blind runner is, well, running. The difficulty is running outside independently, never knowing quite when a casual dog walker may loom out of nowhere, meaning I have to be prepared to stop or swerve at any moment. The best solution is to find someone willing to not only train with me in the park regularly but to actually run 26 miles at my pace while giving directions such as “left turn”, “lamppost on the right”, “please stop singing”. Such a person is surprisingly hard to find, however I think I have found my man.

But finding a guide is not the end of the challenge, I have not been running long distances for very long, only after signing up for the marathon did I achieve 10 KM on a treadmill in the gym, but I have almost never run long distances outside. I am used to the ground whizzing backwards as I run on a treadmill but somehow that doesn’t quite translate in to pavement jogging as new aches and pains open throughout my body. Having built up my stamina in the gym I now have to do it all over again on tracks and paths.

If you are interested in seeing me perform stand-up comedy then you can: