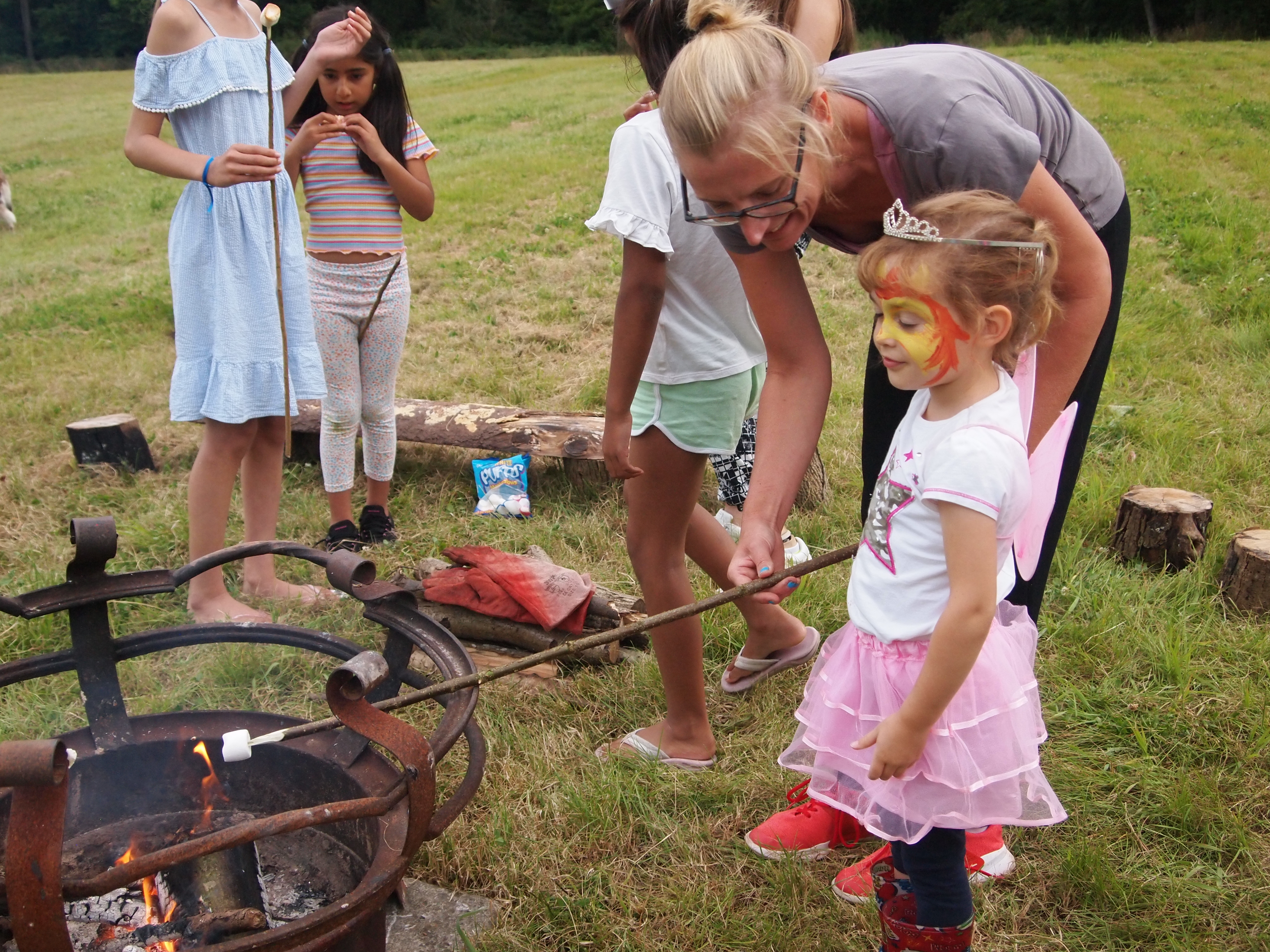 “I had an amazing time at LOOKFest!”

LOOKFest, our first-ever accessible festival for young people and families is live! Here's your round-up of everything that's happened at LOOKFest so far...

We recently held LOOKFest, our first-ever accessible festival for young people and families, in the heart of the Herefordshire countryside.

Here’s your round-up of everything that happened at LOOKFest!

A day before the festival start, we invited our volunteers down to the festival site; two beautiful fields bordered by woodland in the Kentchurch estate in Hereford.

This was a chance for the volunteers to meet the LOOK team, get briefed on their roles and check out the LOOK site.

We recruited 40 volunteers to help at LOOKFest, 50% of whom were visually impaired.

Charlotte Carson, our director said: “LOOKFest was created with the help of our volunteers, down to the guide ropes around the site, that helped visually impaired people navigate independently.  Our blind and partially sighted volunteers also acted as role models to the children and families, showing that visually impaired people can thrive and overcome challenges and barriers in their lives.”

After some welcome refreshments, the volunteers unpacked and moved into their tents and then were given a tour of the two fire pits in the woods.

Daniel Kish, Perceptual Navigation Specialist and president of World Access for the Blind, also arrived and introduced himself to the group. Daniel Kish has been blind since he was 13 months old and he has taught himself to travel independently using echolocation. He clicks his tongue, which sends out flashes of sound that bounce off objects, helping Dan to gain an understanding of the space around him

The volunteers spent the rest of the time familiarising themselves with the site, and helping to design the guide ropes.

The families started arriving on Friday afternoon, and the children got stuck in straight away, playing in the sandpit and getting involved with the scavenger hunt.

Pizza was on the menu for dinner, and then everyone partied the night away, sporting some fantastic fancy dress in the disco and also toasting marshmallows by the camp fire.

The second day dawned bright and sunny, and after a delicious English breakfast cooked by our volunteer chefs, the activities got started.

Our brilliant volunteer Warren got everyone competitive by teaching the basics of blind cricket. In the woods, Carnaval arts got everyone creating textured rainbows, while in the forest school the kids had a great time building fires and water proof dens.

In the afternoon, 13-year-old Maleeka Abbas, founder of the blog  Meeks Speaks, gave a talk about the importance of being proud of who you are, and not being  ashamed of having a visual impairment. “Being visually impaired, means that you see the world differently. You pick up on the smallest details, like the sounds of birds tweeting. Being visually impaired makes you more creative and curious to find out about the world around you.”

She also spoke about visual impairment being a challenge but pointed out that everyone has challenges, which means VIPs (visually impaired people) are just as capable as anyone else to achieve their dreams.

Daniel Kish echoed this theme in his speech.  He said:

Blind people have a need to travel on their own terms and by mastering techniques such as echolocation, or flash sonar, he is able to map unfamiliar spaces and get around independently. This gives him control and freedom.

Going into further detail on how Flash sonar works, Daniel explained that echos from different objects sound slightly differently, so when you hear certain sounds you can hear what objects they are. For instance a tree sounds differently to a building. These echos are activating the visual cortex in blind people, which helps to build a mental map of an area with relative ease.

Why is using a cane important?

Charlotte then started a discussion on using the cane and finding out ways to encourage visually impaired people to do this.

Nick raised the point, that due to his level of sight he doesn’t need to use a cane, and called on professionals to recognise this distinction and not try and force him to use a cane.

A member of Uncaned Melody said that using a cane ensures we don’t rely on sighted guides too often. Michelle Young, one of the instructors working with Daniel Kish, said that not using a cane can cause accidents and more embarrassment than if you use a cane.

After hog roast for dinner, the evening entertainment kicked off with an open mic night, featuring singers, cajon players, recorder and piano, a violinist and a guitar player. The musical talent from children and adults alike was amazing.

After the open mic, the live band, Uncaned Melody took to the stage, and got everyone dancing with their highly energetic set!

On Sunday, Wye circus came to #LOOKFest with a number of fun activities including hoola hooping, balance beams, poi and more! We also had relaxing yoga sessions and the children got creative designing tote bags and some beautiful mosaics in the Crafts Corner, led by LOOK mentor George.

Many parents spoke of how brilliant it was that their children could explore the site freely.

Mum Faye said: “My visually impaired son had an amazing time and enjoyed his freedom to run about and explore without me hovering over him all the time.Every single staff member, volunteer and made us feel so welcome.”

The Vision Orchestra (Britain’s only orchestra of blind musicians) arrived in the afternoon and ran a percussion workshop for the children, while all the parents took part in an open discussion with Daniel Kish and Charlotte.

After the music workshop, all the children went on the slip and slide and got thoroughly wet, but loved it all the same.

After a quick dry off, it was back to the marquee to hear the Inner Vision perform, led by sitar maestro Baluji Shrivastav.

The Inner Vision performed a programme of Indian and Western Classical music and Jazz.

After a dinner of fish and chips, everyone got their dancing shoes on and danced the night away with our brilliant ceilidh band.

Speaking about her time volunteering at LOOKFest Helena said:

“Volunteering at LOOKFest was really rewarding. I enjoyed meeting the families, and encouraging them by sharing my experiences of living with a visual impairment. I had lots of fun volunteering with the children and taking part in the activities.”

Mum Val summed up the whole spirit of the festival by saying: “The weekend saw us adults learn so much and saw the children making new friends, being inspired, taking risks, having fun and smiling, so much smiling!”

Huge thanks to all the LOOK staff and volunteers, workshop leaders and the children and families for making LOOKFest  such a wonderful event. A huge thanks also goes out to our amazing marathon runners, who ran 26.2 miles this year to raise funds that helped us put on LOOKFest. We are also very greatful for the generous support of the Queen’s Trust, who have provided the funding for LOOKFest to become a reality.