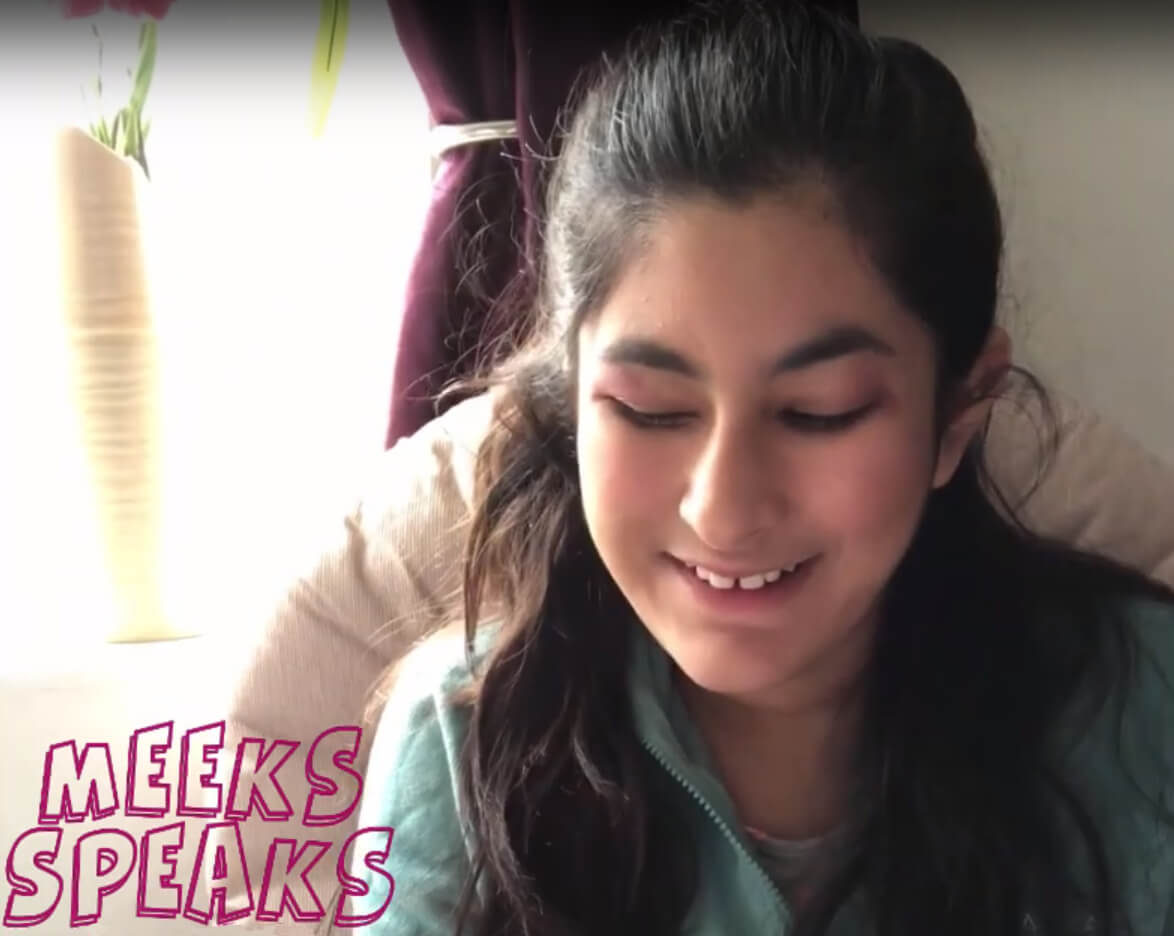 Look Mentee Maleeka speaks about our World of Difference programme.

Having a visual impairment simply means I have a different way of seeing the world.

Maleeka has Leber’s congenital amaurosis and is registered blind. She’s one of our mentees and a future mentor in the making. Maleeka joined Look staff Kevin and Elin when they delivered a World of Difference – visual impairment awareness workshop at her school. She says:

“By coming into my school, the visually impaired Look staff who ran the workshop helped by talking to the students about visual impairment and being open about who they are.”

Maleeka has a YouTube channel and a blog – found at meeksspeaks.com that she says isn’t just for people with visual impairment, but for anyone with self doubt:

“You can’t compare yourself to everyone,” she says. “You’re unique, you can be like them, but no one’s like you.”

Maleeka has some high profile fans, including UK prime minister Theresa May, who wrote to Maleeka to praise her blog, saying: “Your blog and positive attitude have already made a difference to several people around you. I think you set a marvellous example because you show that there are no limits to what someone with a disability can do.”

Removing barriers to help visual impaired young people fulfil their potential is at the heart of our work. At the World of Difference workshop, Maleeka spoke about some of the challenges she’s faced at school, like people not identifying themselves when she approaches groups. Maleeka also showed her classmates how to use a cane, and spoke about the importance of celebrating difference.

Many young VI people are sensitive about their sight loss. This was the first time that Maleeka has talked to her classmates about her visual impairment and she says it’s already had a profound impact. Many students, who she hasn’t spoken to before, are now being more open and inviting her to take part in what they’re doing. Maleeka says becoming a Look mentee and taking part in the World of Difference workshop has shifted things up a gear, and given her the confidence to advocate for herself in school.

Previously teachers and professionals were explaining Maleeka’s visual impairment, and now she has the confidence to speak up for herself.

“It’s wonderful to hear the positive impact the workshop has had for Maleeka. At Look, everything we do is about empowering visually impaired young people to thrive by gaining the confidence to advocate for themselves. This is why we are working with more schools around the country, to run more workshops, so we can continue to raise awareness of visual impairment and champion the potential of blind and partially sighted young people.”

As well as a world of Difference workshops, Look is running employability workshops, preparing secondary school students with a visual impairment for the world of work. If you’d like us to come to your school or college, please email info@look-uk.org or call +44 (0) 7464 351 958.