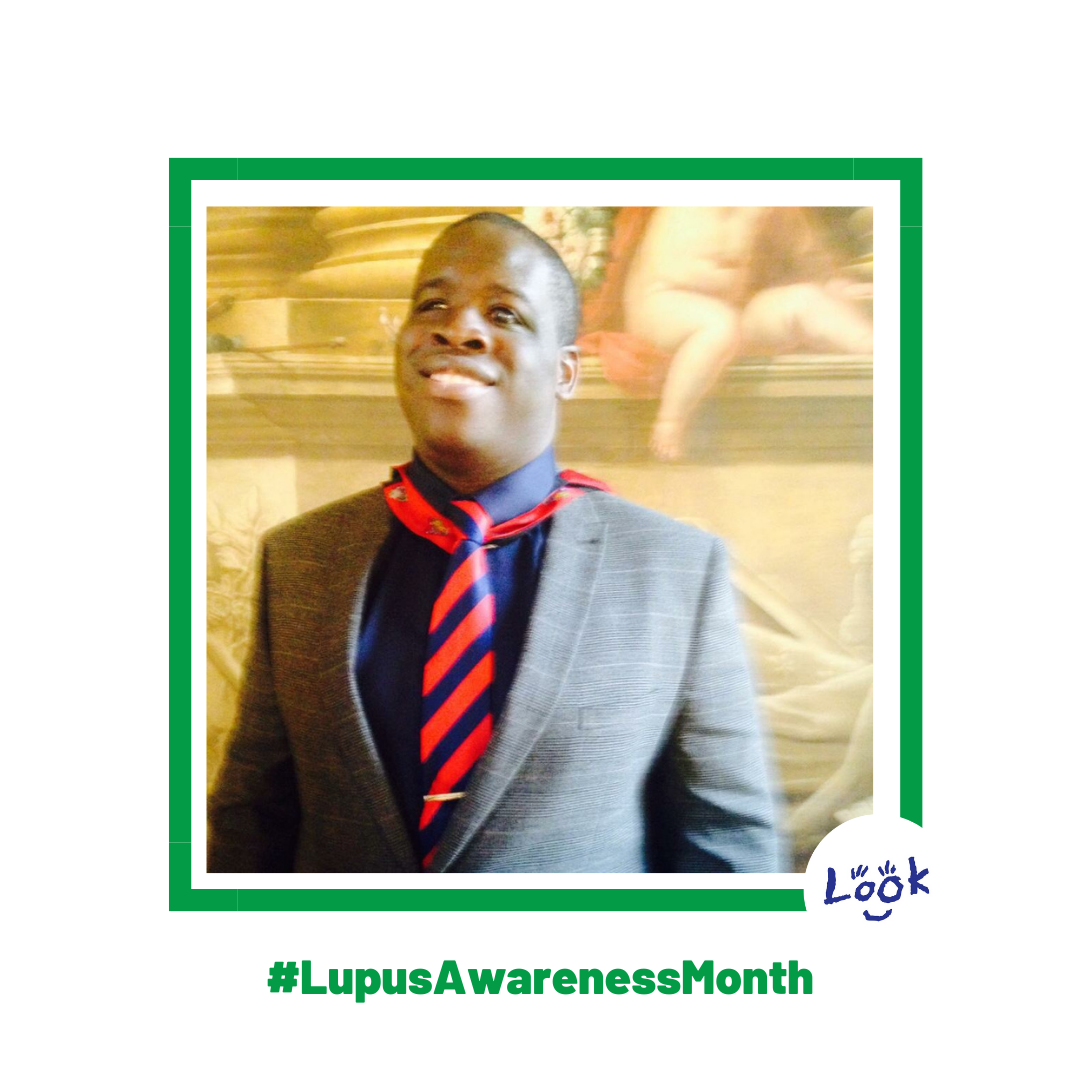 My first encounter with lupus was at the age of 15. It had been going on for a while as I remember. I kept tiring easily and standing was an effort. Imagine wearing those weighted exercise clothes all the time; that’s what it felt like to me.

But the worst thing of all? I had no appetite. As you can imagine that proved to be more worrisome to me than any of the other ‘symptons’. Those bouts of weakness and fevers would only start to show in the evening, so for a few days I kept going back to school, and of course they kept sending me home early, as in the morning I felt better but then the cycle would begin again.

Eventually I was rushed into hospital where I spent three and a half weeks and lost quite a bit of blood due to tests, until the doctors were able to come to a conclusive diagnosis.

Strangely, what I remember most from that time was the boredom; there wasn’t much to do in the hospital ward, and because of my age (in Greece being a teenager wasn’t officially recognised), the hospital staff decided to put me with adults.

One of the leading characteristics of those three weeks was the uncertainty. To me at the time, it felt as though the doctors did not know themselves what was wrong with me. I was scanned, tested and prodded, and after anaemia being juggled about every so often, I heard the name lupus, but without any explanation whatsoever.

Amongst the half whispers and doctors’ jargon I understood that,

Which thinking about it was not truly all that much; ‘autoimmune’ as a word did not enter my vocabulary until at least 10 years later.

I would like to say without sounding completely melodramatic that my life changed. I knew that I had a chronic illness that was kept at bay with medication. And I was doing pretty well. However, I still did not know exactly what was happening to me. I knew that the medication I had to take was helping me to not feel as fatigued as before, my muscles and joints didn’t ache and I did not have a fever.

Score: Sam One, Lupus one.

A couple of years later I decided to do my own research. We do live in the age of information after all. So, booting my laptop and running my screen reader I decided to check out what lupus was, without the additional complex speak of the doctors.

But the problem with having access to the internet is exactly the same as its redeeming feature. The information to be found on the web proved hard to sift through. From kidney failure to skin issues and more, I felt swamped, confused and left floundering.

Following my first attempt at research I tried again; this time, with more success, I just focused on my own experiences and symptoms. And that helped; the fear receded.

For anyone curious to find out more, the NHS website has a lot of useful information, which you can find here:

For the past few years, I have learned to live with lupus. I know that some days I am more tired than others, and I do have to watch how and when I expend and horde my energy. It seems that without realising it, I was following the spoon theory.

Imagine yourself holding a number of spoons. Each spoon represents a unit of energy, and as you go about your day you spend energy doing certain things, such as brushing your teeth when your joints are aching, showering when you are feeling fatigued, making breakfast, standing on the train, going for a walk, deciding not to eat lunch. As you take away a spoon for each simple action it means that on occasion you will not have any spoons left. And taking the metaphor a step further, being blind occupies a number of spoons already; that’s – of course –  if I can find them.

There’s more online about that theory, with some clearer examples.

Although lupus is part of my life, I tend to forget it more often than not. Come to think of it, a bit like my visual impairment/disability/blindness. I know it’s there and I have to make certain accommodations to it, but that’s all.  I’ve been fortunate enough to be involved in all sorts of things, from volunteering, to work, from writing, to traveling and more.

But there are times I still have my ‘not-so-great’ days, when I am reminded that lupus is there. Those days when getting out of bed is a victory in and of itself. And it is a victory, make no mistake.

I was once asked if it is different for me since I am blind. I thought about it, then concluded that there was no difference, not really. Yes, some days I am more tired than others, sometimes I have to cancel plans because of how I am feeling on the day, or rest for a day after I’m wiped out from a long journey the day before. It’s annoying, but you get used to it.

Going back to something I said earlier, it is all down to how many Spoons I have left for the important stuff. Some days I have bucketful’s, and going for a long walk, or the gym leaves me with enough energy to write, cook, socialise, deal with public transport and leap buildings in a single bound. It varies and my feet are firmly planted on the path to managing it. I’m still thinking of joining a judo class….