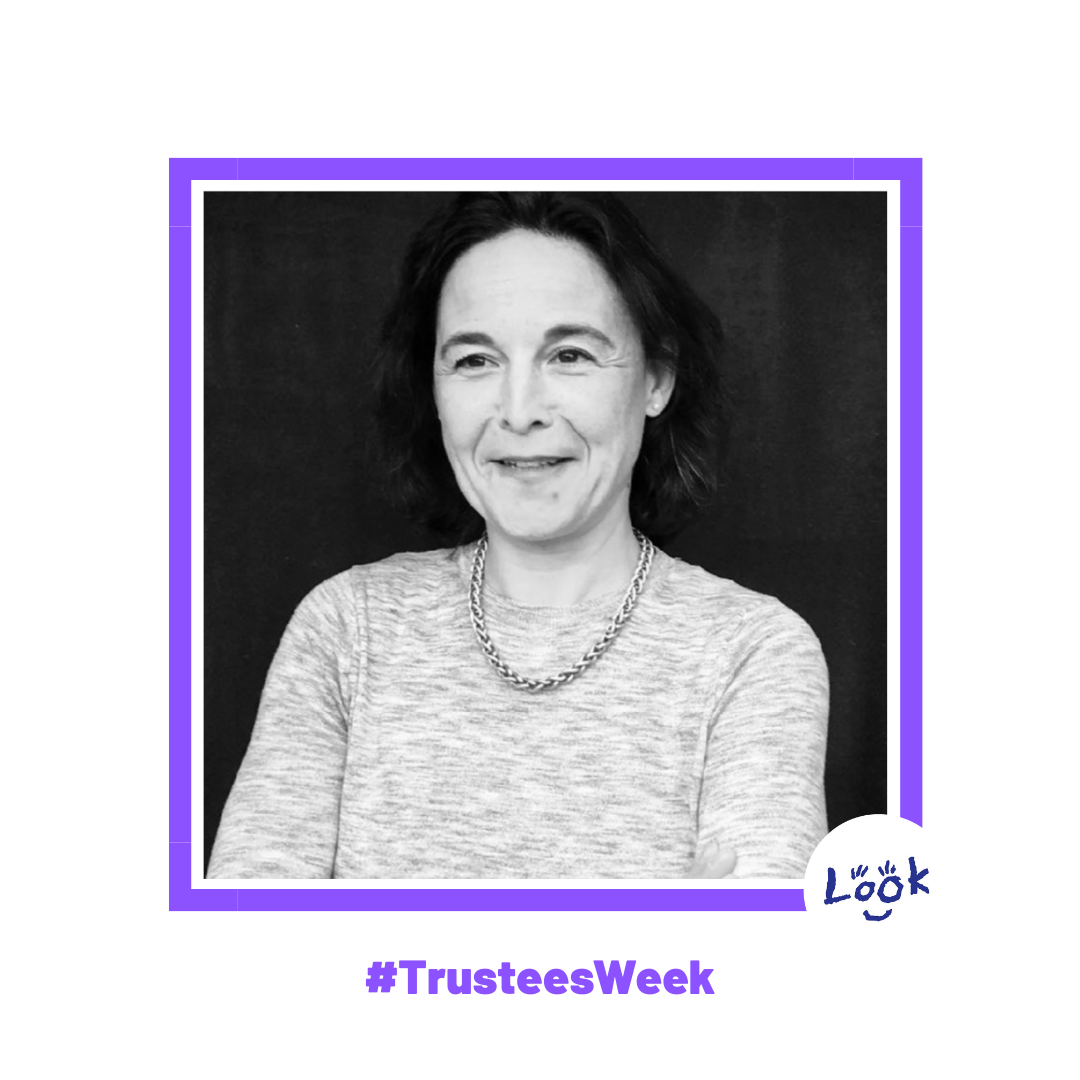 “When I was asked to write about a typical day as part of Trustees Week I realised that so many of the days have merged into one this year.

And this is something I have heard many people say.

However, I have learnt just how wonderful the small things are in life are; and how important it has been to be able to connect via technology to friends, family and loved ones.

Just like LOOK has learnt to do this year, from being a very hands on charity hosting events to being a digitally-first mentoring service for VIP’s and their families.

For just over 5 years I have been lucky enough to be a trustee and treasurer of LOOK. It has been so very rewarding on numerous levels, but the three that stand out for me are :

1. Seeing the charity go from near-end to being a market disruptor and trend leader

2. Witnessing innovation first hand, with events like LOOKFest, the first ever festival for VIPS

3. Learning how to pick up the phone and speak to Charlotte as it was easier than writing an email she would have to read

The world is already a different place now in November than it was in January. However; LOOK has been able to adapt to this new way of living, and I know that so many charities the size of LOOK have not survived.

Not all is doom and gloom, and as the remarkable Helen Keller once said :  The best and most beautiful things in the world cannot be seen or even touched, they must be felt with the heart.”

In 1993 Jenifer launched The Powerpuff girls globally for Turner Entertainment, which went on to become one of the most iconic and well recognised licensing properties for girls. Subsequently she went on to develop the European marketing and distribution plans for Ben 10. During her time at Turner she led a kids
promotional team that created retail promotions for large toy clients. She then went on to work for Aardman Animations as Head of Brand and Marketing, where she worked on Shaun the Sheep, launched Timmy Time and led the distribution of the feature film ‘A matter of Loaf and Death’ with Wallace and Gromit. In 2013 she launched TLC for Discovery and went on to drive the roll out plans across Western Europe. In 2015 she launched Eclipse Productions, combining her distribution, broadcast and licensing experience to create a limited company that
specialises in helping brands relate to kids and kids relate to brands, offering Eclipses’ clients bespoke solutions, ensuring they can generate return on investment through innovation, partnerships, digital and linear distribution solutions.
During her career Jennifer Burgos has won 5 Gold medals for Best Strategic Sales Pitch.
In her free time, Jennifer teaches the artisan skill of Danish bread making
and runs Dough & Daughters, a bread baking school.
She became a LOOK Trustee and Treasurer in 2014.